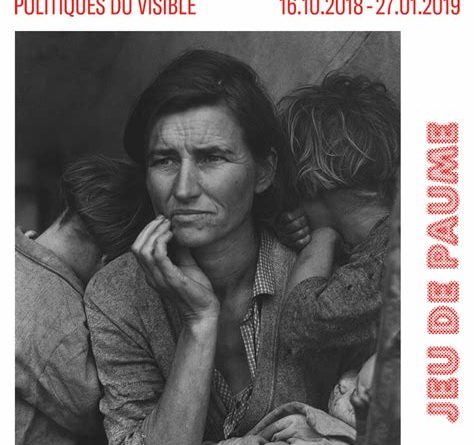 After studying Dorothea Lange’s story and the context of the Great Depression of 1929 to have a better understanding of her work, we went to the Musée du Jeu de Paume. It was very interesting, and allowed us to learn about a period of history in a more nicer way than in a classical course. In addition, to see photogrphs and especially portraits is more speaking, more striking. It showed the real poverty and the drought that affected the USA at that time. On the one hand, I found this exhibition very interesting because it’s a real testimony but on the other hand, I didn’t like it that much because that were black and white pictures and I prefer the colored ones. To sum up, that was cool!

“We went to Dorothea Lange’s exhibition in the Musée du Jeu de Paume in Paris. I really enjoyed it because it was an interesting way to discover the USA during the Great Depression. I seriously realized that art (photography) is a way to show to everybody the truth and what it is really going on in the world. Two pieces of art struck me in particular. I admire what the artist did , I find her work remarkable.”

These two words; these two tiny words kept echoing through Alfred’s head. He, Alfred Jones, a man that was once made of steel, bright and standing tall, was now reduced to nothing but a broken mess surrounded by pure misery and endless despair.

He had lost everything, from his wealth to his job, and was now on the verge of losing his own sanity.

Alfred needed to get out. Get out of these current problems and run away, somewhere else…where he could at least catch even the tiniest glimpse of hope.

“Do you think we are…going to get out of this situation soon ?” A male voice interrupted his thoughts as he sighed. Alfred turned his head slightly, to face a somewhat short male and spoke, rather slowly.

“I do not know, Arthur, I do not know. We need to get a new job, and moreover, we definitely need to get some damn money…” And money was really, really not something the two of them would be able to find here, in their far lost California hometown.

Alfred started to drift into his own thoughts. He was thinking about how much both of them had find a way…any kind of way so that they could get out of there, to get a new job, a new life in some other place, far, far away from where they were.

“We indeed should. I already know that…but where…and how ? There’s nothing left here, no jobs, nothing! We’re lost here, Alfred. Do you get that? Lost ! The so called Arthur stirred Alfred out of his thoughts. His voice was harsh…yet, to Alfred’s horror, the man’s words sadly carried the truth : there really was not a single thing left for them here.

This place had to exist…Somehow.

Alfred moved a bit to grab the newspaper. He looked over it for a while before his eyes came across something that really caught him.

His eyes widened as he read the words again.

Los Angeles !” Alfred instantly stood up and quickly moved toward Arthur as the words escaped his mouth.

“What the bloody hell did you just say ?” Arthur spat out, facing Alfred.

“Los Angeles, Arthur ! This place ! Los Angeles could be our new paradise! Look!” He shoved the newspaper right under Arthur’s eyes. “We could…find a job and get away from this…this damn misery ! There might be something for us here! The male spoke, his voice retrieving some of its long lost cheerful tone. Alfred was smiling. He was smiling so brightly…Something Arthur had not seen in a while.

“And how are we going to get there, Alfred? May I remind you that Los Angeles is on the other side of the state, and moreover, that we don’t have any money to afford any kind of car? Arthur growled , glaring at the taller man. Alfred’s smile vanished for a bit. He, in fact, had no idea what to do. How could they actually get there ? That was a question the man could not answer. He was stuck here, far, far away from the place he thought would be his new hope…Yet, there had to be a way to get there, somehow. Alfred would have done anything to get to Los Angeles. He looked up once more, staring at Arthur and spoke.

“We don’t need money or…anything to get there ! We just need to pack up our belongings and run away together! We can still walk, Arthur!” Alfred smiled slightly and somewhat anxiously as the other male sighed.

That’s how they found themselves heading toward Los Angeles, under the hot sun. Each of them was carrying a suitcase that contained the only basic things they would need from now on: Change clothes, and their remaining money. They had already been walking for a few hours, on a tough and awfully long road. Both of them were exhausted, yet they could not stop walking. Arthur sometimes gazed at Alfred, who was walking straight forward. He was staring at his feet, each of his steps echoing onto the ground as his arms swayed back and forth determinately. He was tired, yet still full of hope. Arthur smiled slightly at the sight and looked up, observed his surroundings for a bit before coming across some sort of billboard. He did not pay much attention to it before he actually took the time to read the words.

“Next time, try the train. Relax”

Arthur stopped and hissed. These words were oh so ironic. How could they relax when everybody around was almost dying due to the unemployment rate? How could they relax when all of this was happening so suddenly? How could they relax when…they were here, walking restlessly, uncertainly ,almost putting their life on the line just to find a so called job? How could they? Arthur was full of rage. The man sighed and turned his head to face the taller man. Alfred was strangely silent. Just like Arthur, his whole body tensed up as he read the words. Would he ever be able to gather enough money to take this so called train? Would Los angeles be worth the long road? Would they…really find a new job here? Who knew…For now, the two of them were just walking silently along the road, in hopes for things to change, somehow. 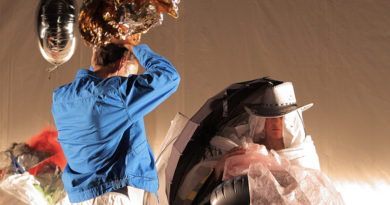 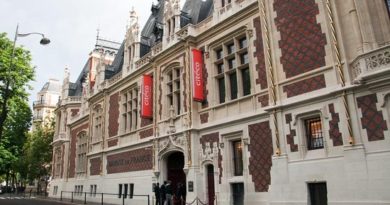